Where it all Began….

Ajay Patel left India in 1977 to start his American Dream at the University of Southwestern Louisiana. To pay tuition for business school, Ajay began working for the local McDonald’s restaurant as a cook. After working his way through college, and up the ladder at McDonald’s, Ajay marries his wife Bindu in 1987 and together, they purchased their first McDonald’s restaurant in 1992.

But the story doesn’t end there. Ajay and his wife Bindu had three sons, born with ketchup in their veins. After years of looking forward to their dad bringing home Happy Meal toys, Niel, Ricky and Mikesh began helping in the family business at a young age. The boys stuffed toys in Happy Meal boxes, made drinks in the drive-thru and assisted around the restaurant in any way they could.

Niel, Ricky and Mikesh all worked for McDonald’s through high school or college for different Operators. Niel, the oldest brother, was initially interested in working for corporate McDonald’s. After graduating from the University of Louisiana at Lafayette with a business degree, Niel began to work for the family McDonald’s, becoming a General Manager, Supervisor, and finally, an approved Owner/Operator in 2017. Niel serves on McDonald’s National Technology Team, representing both the local co-op and the regional field office.

Rikesh (Ricky) worked for a different Owner/Operator during his time with McDonald’s, as his dad wanted him to experience other management styles and business practices. Ricky completed a business degree at LSU in 2015 and returned to work his way up through the family business. Ricky became approved to be an Owner/Operator in 2018. Ricky serves on the People team for two local co-ops, represents the Dallas Field Office mid-manage team and is 0n the RMHC board for the local house in New Orleans, Louisiana.

The youngest brother, Mikesh, followed a similar path as his brothers. After working for another McDonald’s Owner/Operator in high school, Mikesh graduated from the University of Louisiana at Lafayette with a business degree. He was approved as an Owner/Operator in 2020 and now lives in South Carolina running the Patel’s 17 newest restaurants.

Today, Ajay and his three sons own and operate 42 restaurants across Louisiana, Georgia and South Carolina. The Patel Family McDonald’s welcomes and encourages all employees and are proud to support their communities, helping create a brighter future for all. We know you have a lot of choices, and we’re proud that you continue to choose us – your local McDonald’s. 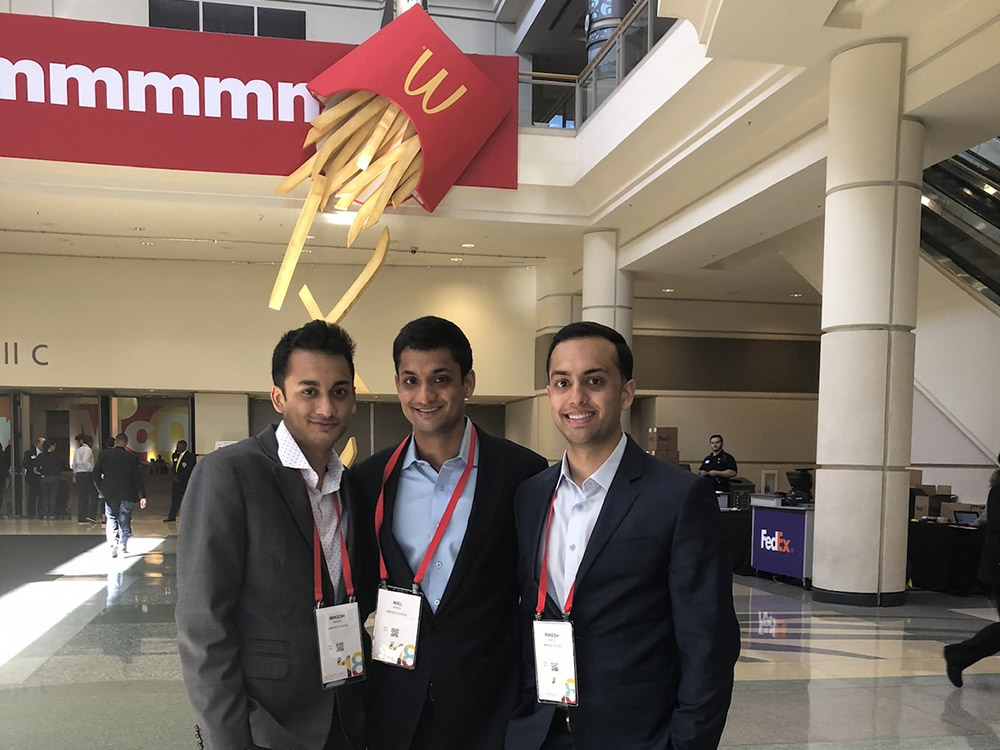